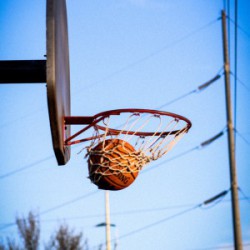 Ukrainian legislation does not contain specific provisions that allow to distinguish which manners of use of a trademark on the Internet constitute the use in the territory of Ukraine, especially when use of a trademark in the virtual environment is concerned.

The criteria of such use can be inferred, to a greater or lesser extent, from judicial practice and from the “Joint Recommendation Concerning Provisions on the Protection of Marks, and Other Industrial Property Rights in Signs, on the Internet” adopted by the WIPO in 2001.

Do UA Country Code Top-Level Domains (ccTLDs) and the Territory of Access to Websites matter?

In 2008 the High Commercial Court of Ukraine considered case No. 39/202 related to the cancellation of trademarks due to their non-use. The trademarks in question were owned by a foreign company, who was the defendant in this case. The defendant claimed that the trademarks had been registered as a .COM domain name and had been present on the pages of the respective website. The court rejected this argument and reasoned that even if the defendant had placed their trademarks on the website under a .UA domain name (a Ukrainian ccTLD), this would not have served as an argument because the lower courts ascertained that there were no goods and services of the defendant on the market (in the territory) of Ukraine. The court concluded that this had made it impossible for consumers in Ukraine to associate the trademarks with the defendant’s goods and services.

This approach is not ideal, because putting products or services under a trademark on the Ukrainian market is not the only manner of trademark use capable of making consumers aware of the trademark and the goods/services it is used in relation to. The Ukrainian Trademark Law provides for other manners of trademark use, e.g. in domain names, in advertising, and on the Internet.

On the one hand, accessibility of advertising information, business papers, web-sites to the public in Ukraine is one of the factors that help to determine whether a trademark is used in Ukraine.

Information placed on web-sites is normally accessible via the Internet from almost any place worldwide and in Ukraine. To illustrate this, consider the resolution of the Rivne Commercial Court of Appeals, dated June 07, 2016, in case No. 918/216/16. The High Commercial Court of Ukraine refined that since the infringing activities had been detected and observed, among others, in the Rivne region, the plaintiff had the right to file the action with the court that had the territorial jurisdiction over the Rivne region.

The place where the web site operator or the source of information is located should not play the main role, provided that the content is addressed and accessible to the public in Ukraine.

On the other hand, it is not only the information about goods, services under a trademark that should be easily accessible, but these goods/services themselves should be available in the territory of Ukraine through a respective web site. This applies more to trademark owners and the situations of genuine use of a trademark, because in case of infringements sometimes it can be enough for courts to ascertain only that the goods/services were proposed for sale to the Ukrainian public, that is without further studying if the goods/services were actually sold in Ukraine.

In case No. 910/15833/15 related to a non-use cancellation action the Kyiv Commercial Court of Appeals ascertained in its final decision, dated July 27, 2016, that the trademark, Anson’s, had been registered for services including “bringing together, for the benefit of others, of a variety of goods, namely clothing, headgear and footwear, enabling customers to conveniently view and purchase those goods at retail stores”. According to the court, when accessing the www.ansons.uа website, users were forwarded to the main website of Anson’s Herrenhaus KG, www.ansons.de, where they could access information about the company and its products and could place online orders, but Ukraine was not on the list of countries where the ordered goods could be delivered.

In the end, Court concluded that an individual (a consumer from Ukraine) had been unable to order delivery of the clothing to Ukraine, and, in general, that the defendant had not proved that they had used their trademark in Ukraine. Thus, from the court’s perspective, use of a trademark on the Internet will not qualify for the use in the territory of Ukraine if the person who uses the trademark did not arrange, in connection with the use of the trademark, an on-line mechanism addressed to consumers in Ukraine for delivering the ordered by them goods to Ukraine. A somewhat similar explanation was expressed in the resolution of the Northern Commercial Court of Appeals in case No. 910/951/19, dated January 22, 2020, where the court, while deciding on the genuine use of a trademark in non-use cancellation proceedings, noted that the evidence provided by the defendant could not confirm the actual presence of the goods [under the trademark] in the territory of Ukraine.

However, the above explanation does not cover all situations related to the use in the territory of Ukraine, that is whether the “territory” means only the place of consumption where the consumer benefits from the supply of goods or services under a trademark, regardless of the location of the consumer. Ukrainian trademark legislation does not address this problem.

Ukrainian Market and “Territory Border Lines” on the Internet

If to assess the Ukrainian market in terms of geographical boundaries there are at least two dimensions of this market:

1) an internal market formed by residents of Ukraine, i.e. consuming individuals who more or less constantly stay, live in Ukraine and have a local lifestyle, and legal entities registered in Ukraine and purchasing goods/services on this market, and

2) an external market formed by non-residents (consumers, business entities) who wish to obtain, via a certain web site, personal services in Ukraine or services in relation to property located in Ukraine, or to purchase goods with delivery to Ukraine, etc. In this case, the trademark might be present on web sites not visited by residents of Ukraine, and prices, contractual provisions might differ from those that are present on the internal market.

The main difference between the internal and external markets is that when speaking of the internal market it is not excluded that consumers might meet their needs through a website the operator of which is a non-resident who did not intend to use the trademark in Ukraine and did not count on having clients from Ukraine or is neutral about this. However, consumers residing in Ukraine find it possible, reasonable and normal to purchase goods or services bearing the trademark from this foreign website where the trademark is used for designating these goods or services.

There is one more issue regarding the operator of a web site (or a web page or the owner of a social media account). When a non-resident operator (a trademark owner, licensee, franchisee, infringer) of the web site is concerned then one should consider if this business indeed pursues its commercial activities in Ukraine in a continuous and systematic way or actively seeks any consumers and maintains rendering them services in Ukraine and benefiting from this activity, provided that the services, goods in question are indeed available for provision in or for delivery to Ukraine in compliance with Ukrainian legislation.

If a web site is operated by a Ukrainian resident the trademark present on the web site and protected in Ukraine shall be deemed used in Ukraine because Ukraine anyway remains the place where this entity conducts business activities in respect of the goods and services in question, and regardless of whether this business acts on the external or internal market.

However, it will be fair to say that in case of the external market, that is on which foreign consumers and a foreign web site operator are present, the use of a trademark should be ascertained only when the web site operator intentionally solicits consumers via the web site to enter into contracts and consequences of the contracts occur in Ukraine. This presumption prevents from the unforeseeable application of Ukrainian laws to a web-site operator who is located outside Ukraine and by default not bound by Ukrainian laws.

Putative Use and Genuine Use

The concept of putative use encompasses the situations where, at first sight, a trademark might seem to be used in Ukraine, for instance, when the person, who uses the trademark, declares in conjunction with using the trademark on the Internet, that the use is intended for Ukraine. However, regardless of this, the actual use leads neither to clients benefiting from the goods/services in Ukraine (when the potential clients do not know that a certain web site exists) nor to responding “yes” to the test question. In the case of an alleged infringer, such activities can be treated as an attempted infringement, because Art. 20 of the Ukrainian Trademark Law prohibits any offense against trademark rights, including preparations for the illegal use.

However, in case trademark owners use the trademark, the use should be regarded not just as putative, but the concept of “genuine use” should be applied, even if their clients benefit in Ukraine from goods or services bearing the trademark, or if the response to the test question mentioned in the section above is “Yes”.

The concept of genuine use has been present in Ukrainian legislation since September 2017, when the EU-Ukraine Association Agreement came into full force. Articles 197 and 198 of the Agreement read the same as provisions of Articles 18 and 58 (1) (a) of EU Regulation 2017/1001 on the European Union trademark related to genuine use. Before September 2017, the concept was poorly developed and until now remains unelaborated.

A rare example of the genuine use concept is non-use cancellation case No. 5008/847/2011. The court of first instance stated that when the importation of goods under the trademark МОЯ СЕМЬЯ (MOYA SEMYA) to Ukraine is concerned, it should be noted that the supply in question was a single supply of a small number of goods (150 packs of mayonnaise worth 1,000 Russian rubles (EUR 33) and 100 packs of ravioli sauce worth 6,897.37 Russian rubles (EUR 230)). Therefore, in this situation, the importation of the goods under the trademark МОЯ СЕМЬЯ (MOYA SEMYA) was not systematic, but rather a one-time supply in small quantities. This conclusion was upheld by the resolution of the High Commercial Court of Ukraine, dated April 10, 2012.

The court concluded that the described use did not seem to be genuine, and, based on the merits of the case, canceled the trademark registration.